For the South Saint Paul High School Class of 1969.

Age 62, of Wayzata, passed away unexpectedly at home on January 23 after a brief illness. She was preceded in death by her parents, Donald C. and Theresa C. (Carlson) Hollerung. She is survived by her sister, Donna (Roman) Turbes; brothers, James Hollerung and Richard (Barbara) Hollerung; her favorite Uncle and Aunt, Jack and Helen (Hughes) Hollerung; nieces, nephews and cousins. Cheryl was named a Presidential Scholar upon graduation from high school. She began her higher education at Hamline University and earned a Bachelor of Science in Pharmacy from the University of Minnesota, and a Master of Business Administration from the University of St. Thomas. Cheryl began her professional pharmacy career at Methodist Hospital in St. Louis Park and upon earning her Master's Degree became the Pharmacy Director of a hospital in Key West, Florida. Upon returning to Minnesota, Cheryl owned and operated the Wayzata-Lake Pharmacy from 1983 to 1998. Colleagues describe Cheryl as "an innovative pharmacy owner and exacting practitioner of the profession of pharmacy." An independent person, Cheryl later worked for several years as a contract pharmacist, traveling throughout Minnesota and Wisconsin and most recently as an employee in the Monticello Wal-Mart Pharmacy. From 1995 through 2001, Cheryl was involved as a volunteer with the International Health Service of Minnesota, serving as the Pharmacy Director from 1996-1997 and Pharmacy Consultant in 1998. Cheryl went on numerous trips with the IHS to remote areas in Honduras, including sites on the Coco River, traveling in motorized dugout canoes and to La Union and Yocon in the Central Highlands, helping to provide medical, surgical, dental and pharmacy services to impoverished people. One of Cheryl's favorite trips included her niece, Dr. Sandy Turbes who took time out from her medical school classes to accompany her aunt. In addition to her IHS work, Cheryl and other volunteers formed a community development effort and built a community education/library center in Yocon, Honduras. Cheryl was a born leader and teacher, taking many young people under her wing, teaching them what they needed to succeed in life and business. Cheryl had an adventurous spirit. In addition to her travels to Central America she often accompanied friends on trips in the US and to Europe, Australia, Thailand, Malaysia, Vietnam, Cambodia, Laos and was planning a safari to Africa. She was an accomplished sailor and cross country skier. Family and friends will gather on Sunday, February 2, 2014 from 1:00 to 3:00 PM to celebrate Cheryl's life at the David Lee Funeral Home, 1220 East Wayzata Blvd. in Wayzata. A prayer service will follow at 3:00 PM. In lieu of flowers, memorial contributions to the American Lung Association or American Cancer Association are suggested. Cheryl was a loyal, kind, generous and thoughtful person, and will be greatly missed by her extended family and many friends, especially Lisa and Greg Rye, Jessie Rosen, Joan Korb and Frederic Will and Kathy Hectorne. Cheryl's family and friends wish to thank everyone who continue to help them through these difficult times with condolences, thoughtful remembrances and kind words and deeds. David Lee Funeral Home Wayzata 952-473-5577 davidleefuneralhome.com 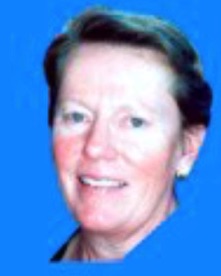